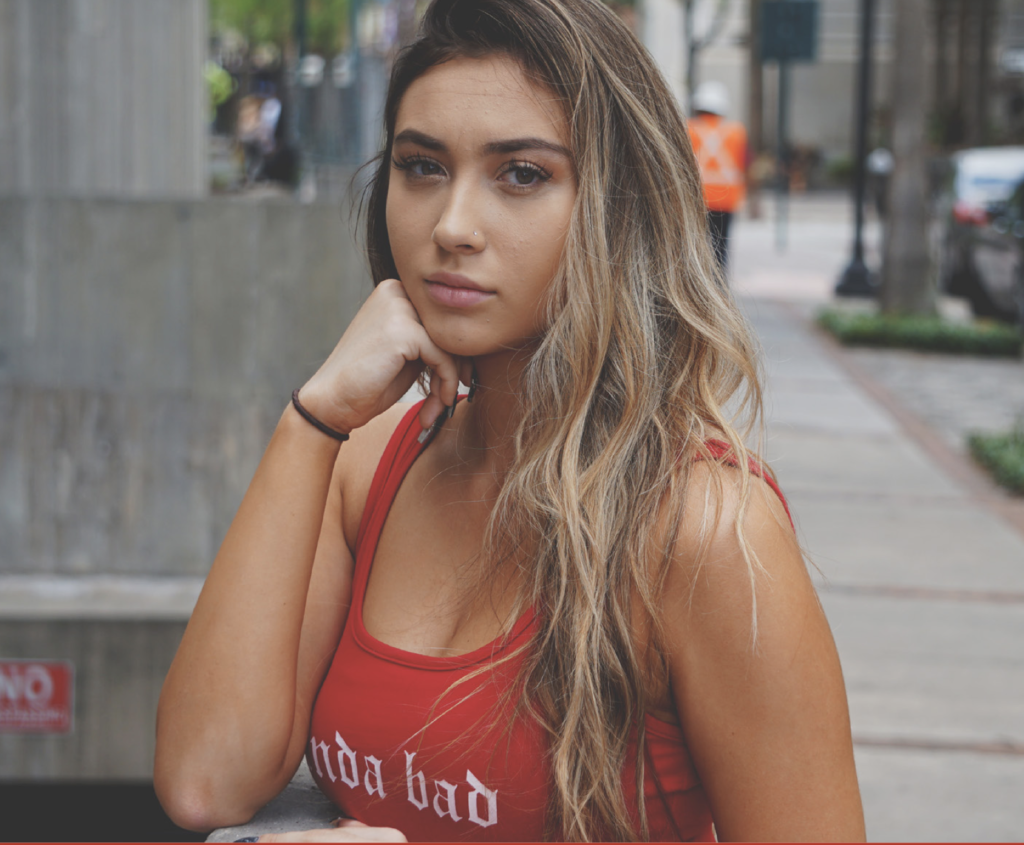 Jessica León was born in New York and raised the early part of her life in The Bronx – “The Boogie Down!” From the early age of 5-years-old, she has loved to sing, write her own music and play the piano. She wrote her first original song at the age of 13-years-old and has continued to write and record original pieces. After being enrolled in multiple performing arts academies, she honed in on her musical talents and realized that she wanted to turn it into a career.

Some of Jessica’s influential artists include Jennifer Lopez, Beyoncé, Tori Kelly, JoJo, Demi Lovato,  Alicia Keys, Marc Anthony, Pitbull, Prince Royce, Maluma, and Ozuna. She loves to listen to R&B, Pop, Hip-Hop and Latin music. She writes her music in order to express what she cannot say in words and to make that emotional connection with others.

With several years of practice and studio experience under her belt, Jessica has the drive and perseverance to become an influential artist within the entertainment industry.  Her real-world messages that she portrays within her music and videos are positive and powerful.

Since then Jessica has been in the studio working on her debut Album at The Hit Factory Criteria in Miami, FL, Phat Planet Studios in Orlando, FL, Quad Studio in Manhattan,  NY,  Hook Slaya Studio in Boston, MA.

Jessica’s newest single, “Give Me Dat” which was produced by “BL Tha Hook Slaya” has been released on all music platforms for download or purchase. Additional singles have been mastered by senior master engineer, Chris Gehringer of Sterling Sound and are soon to be released.

Jessica’s team is undeniable and continue to push her to the main stream R&B/Pop market with a hint of Latin spice mixed in.  Look forward to big things in 2021 from this young female artist because she has just scratched the surface and the sky is the limit! Enjoy your family and stay safe!

“Faith makes: The UPLOOK good, the OUTLOOK bright and the FUTURE glorious.”